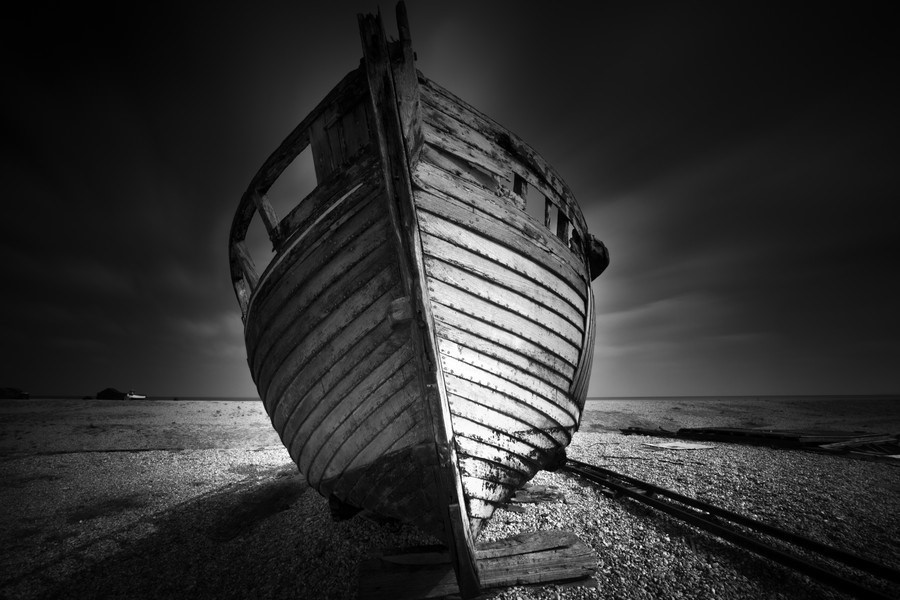 Drawn in by the miracle part, my eyes landed on “immediately the boat was at the land to which they were going.”

16 When evening came, his disciples went down to the sea, 17 got into a boat, and started across the sea to Capernaum. It was now dark, and Jesus had not yet come to them.18 The sea became rough because a strong wind was blowing. 19 When they had rowed about three or four miles, they saw Jesus walking on the sea and coming near the boat, and they were frightened. 20 But he said to them, “It is I; do not be afraid.” 21 Then they were glad to take him into the boat, and immediately the boat was at the land to which they were going.

It’s not surprising that this is what caught my eye given that Jesus rebukes his seekers in the very next passage for chasing after his hand rather than his heart. So that’s where I started, thinking about the immediacy of the boat being where it was heading.

Taking a step back, I see that Jesus first sent the disciples out ahead of him – alone, in the dark, and into what he knew would be a rough sea. Jesus had not yet come to them.This is what makes the story so good. I can feel the tension build. How like Jesus to put his disciples in this situation, to put me in this situation. So often he sends us out in the dark, seemingly alone into what will become a rough and tough situation. I shouldn’t be surprised, but I always am.

The disciples rowed for 3 or 4 miles in this mess. Props. I think I would have given up. They, on the other hand, rowed. They strived. They were working hard. It’s all they could do, right? Even through the storm, they persisted. It seems to me that they may have forgotten Jesus for a moment though. If He had been on their minds, wouldn’t they have recognized him on the water? Wouldn’t they have more quickly realized that it was him coming to the rescue? I can’t know what they were thinking, but when I fail to recognize Jesus right in front of me, it’s usually because he hasn’t been at the forefront of my mind for a while. It’s because I’ve neglected time with him or because I’m so focused on my storm.

So of course when they saw him, they were afraid. Naturally they were thinking it was a ghost or a spirit. People don’t walk on water. As he got nearer, the scripture doesn’t say that they saw him more clearly; it says that they were frightened. But Jesus says, “It is I; do not be afraid.” Three things are fascinating here:

When they heard his voice, they were glad to take him into the boat. Once they knew it was Jesus, they welcomed him. I ask myself, “What is my boat? Who’s in it with me? Where is it headed?” Here’s what I know, when I hear Jesus’s voice, I should invite him into the ship with me – the hardship, the friendship, the relationship, the mentorship, the leadership, the partnership… whatever it may be.

So now that I’m back to the miracle part, the miracle itself isn’t what grips my heart. It’s Jesus himself. Yes, it’s cool that once Jesus got into the boat, it was immediately at the land to which it was headed. With Jesus in the boat, wherever I’m headed with him is sure. Wherever he’s told me I’m going, I can consider it already done, already so. He doesn’t lie. He is faithful. He is trustworthy, and he is able. Yes, this miracle is very cool, but it’s Jesus himself- who he is and the fullness of that – that makes this story amazing.

May Jesus speak and redefine my context for who he is. May I let him into my boat, and may I not be afraid.